Hope your new year has been fabulous! 🙂 Today, I am introducing Beauty of Reason, a new section of the blog for the recognition of the phenomenal lives of beauties known not only for their looks, but also their intellectual pursuits. In this profile, let us admire Hedy Lamarr, actress and inventor. 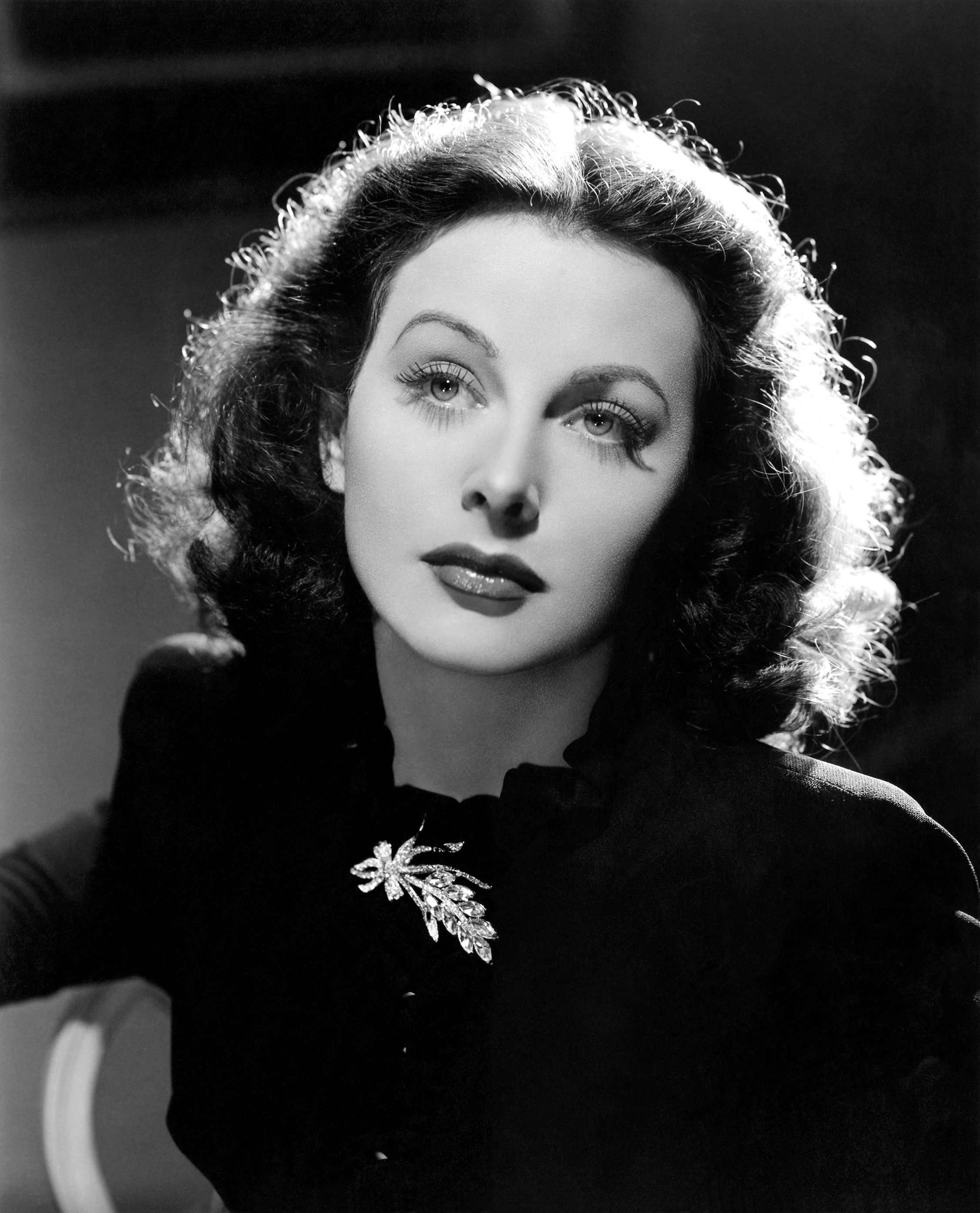 Hedy Lamarr was born Hedwig Eva Kiesler on November 9, 1914 in Vienna, Austria. She starred in her first film at age 17 and worked on German and Czechoslavakian productions until the 1933 German film Exstase (Ecstasy) brought her to the attention of Hollywood producers. She signed a contract with MGM, officially changed her name to Hedy Lamarr, and starred in her first Hollywood film, Algiers (1938), opposite Charles Boyer. Often called “The Most Beautiful Woman in Films,” Lamarr’s femme fatale persona and sensual screen presence made her one of the most popular actresses of her day. She starred in films such as White Cargo (1942), Cecil B. DeMille’s Samson and Delilah (1949), and The Female Animal (1958).

In addition to her illustrious film career, Lamarr had a secret hobby: inventing. She was greatly encouraged to pursue this endeavour by airplane designer Howard Hughes, who once wanted to make his planes the fastest in the world. Lamarr deduced that the wings were too square, then analysed the structures of the fastest fish and birds to arrive at a new kind of wing shape. He thereafter provided her with equipment to run experiments in her trailer in between takes. At home, she had a room set aside for tinkering, complete with tools and a wall of engineering books.

Lamarr also worked with Hollywood composer George Antheil on an idea that is considered an important development in the field of wireless communications. In 1942, they patented what they called the “Secret Communication System” and donated it it to the U.S. Navy to help with World War II efforts. The revolutionary “frequency hopping” technology was designed to solve the problem of enemies detecting and blocking signals from radio-controlled missiles: since multiple radio frequencies were used to broadcast a radio signal, by switching frequencies at split-second intervals in a seemingly random manner, only the sender and intended receiver could hop frequencies at the same time and get a clear signal; anyone else listening would hear mere noise. Lamarr and Antheil never profited from their invention during their lifetime and the enormous significance of their invention was not realised until the patent resurfaced in the late 1950s, while private companies were developing a wireless technology called CDMA. Their method is still in use today in modern wireless communications: mobile networks, Bluetooth, Wi-Fi, and GPS — a legacy that far surpasses that of her films.

“The world isn’t getting any easier. With all these new inventions, I believe that people are hurried more and pushed more… The hurried way is not the right way; you need time for everything – time to work, time to play, time to rest.”

“A good painting to me has always been like a friend. It keeps me company, comforts and inspires.”

“Every girl would like to marry a rich husband. I did twice. But what divides girls into two groups is this question – do you first think of money and then love, or vice versa?”

“Perhaps my problem in marriage – and it is the problem of many women – was to want both intimacy and independence. It is a difficult line to walk, yet both needs are important to a marriage.”

Did you like this blog post? You can thank Hedy Lamarr for it 😉 Let me know what you think in the comments below! 🙂

Philosophy is the sculptor of man’s soul. And sculpture is philosophy in stone.